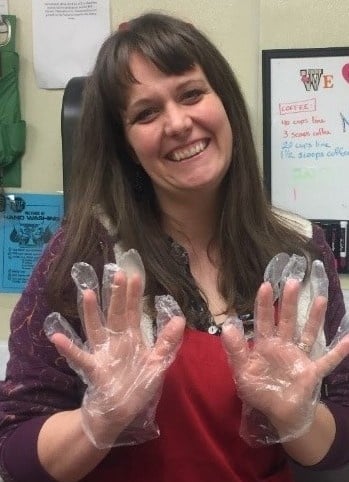 As part of the Blue Margin Community Works program, I volunteered at the Loveland Community Kitchen on a windy Wednesday morning.  I’d never been there before, and wasn’t sure what to expect.  I certainly didn’t plan on getting a life lesson that would leave a profound impact, but unexpected blessings can come from stepping into new things.

Stumbling into a cramped and steamy kitchen, I was greeted by Ellen, a fellow volunteer.  She ushered me around the kitchen – showing me where to find everything, including the boxes of ever-present plastic gloves.

Within minutes I was surrounded by busy volunteers - preparing drinks, slicing cake, and dishing up fruit.

There was a system for everything – from counting trays and meals served, to taking the temperature of the food and measuring the portions.

And while we worked, we chatted about our lives.  One volunteer was planning a trip to a needlework convention, another talked about getting ready for her daughter’s wedding, and one gentleman talked about how quiet the senior citizen’s gym had been that morning.

Then, I was handed two gigantic cans of pineapple.  The other volunteers laughed as I attempted to wield the largest can-opener I’d ever seen.

We were kept busy until the time finally came to bring in our “customers.”  I’ll not soon forget the stories and life-vignettes I had the privilege to witness. 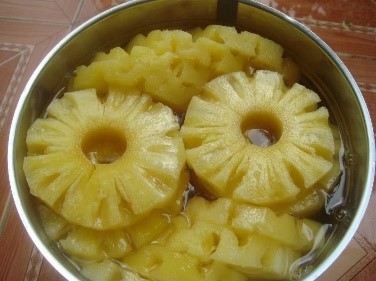 There was an elderly husband and wife - he with a cane, she with a walker.  They moved here from Romania years ago, and apparently came to the kitchen each day to have at least one "real meal".  There were several people with disabilities, many making jokes and offering cooking advice as they came through the line.

Most of the people were just down on their luck.  They discussed latest attempts to find work, and quietly avoided eye-contact as they moved their trays.

And there were a few mothers who brought their children - including one who arrived just one minute before closing, promising that she and her son were "the fastest eaters ever.”

My heart was equally touched by the other volunteers.  One of them, a single mom, managed to put herself through college. At seventy years old, she still works part-time as a drafting engineer to fund her “crafting habit,” and volunteers in order to give back – a sort of thank you to all those who had supported her during the “lean years."

I watched as another volunteer parked herself next to the Hungarian couple.  She came back a short while later with a big smile on her face. “I just love listening to their stories!"

Watching my temporary co-workers set up, tear down, sweep, mop, serve, and organize

Scribbled across the corner of the whiteboard was a simple motto, “Be the reason someone smiles today”.  They will be the reason I’ll smile for a long time to come – especially the next time I open a can of pineapple. 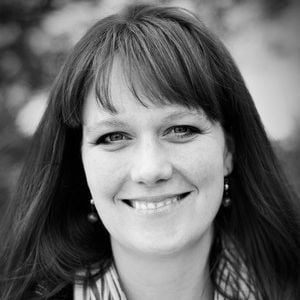 Angela Tourney is director of finance and human resources at Blue Margin Inc.

Painting Trees on the Poudre

Leave it Behind!  CSU Turns a Perennial Problem into a Blessing