In a move that backs up its promise to be "mobile first, cloud first," Microsoft announced on Tuesday that it has acquired mobile BI visualization and analytics service Datazen for an undisclosed amount.

First, as mentioned above, Microsoft CEO Satya Nadella has been very clear in his mobile- and cloud-centric vision for the company as he seeks to stay on the cutting edge of computing and business productivity solutions. Companies specializing in mobile and cloud computing and big data analytics, all of which are inextricably connected, are experiencing the most growth in the technology sector, so Microsoft wants position itself where these tech trends intersect and provide solutions that leverage all three. 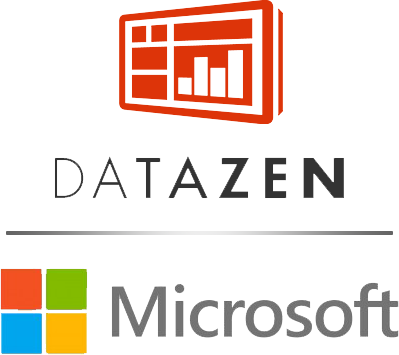 Microsoft already possesses an industry-leading BI product in Power BI, which, according to the Forrester BI industry report, ranks highly for its self-service capabilities and ease of use (largely due to the fact that it is built on the Excel platform). By purchasing Datazen, which specializes in mobile BI analytics, Microsoft will try to leverage its expertise in Windows, iOS, and Android devices to make Power BI as powerful on mobile devices as it is on the desktop.

Also, many businesses are already fans of Datazen because it integrates well with SQL Server and is optimized for the overall Microsoft platform. Microsoft has already begun to leverage their relationship with Datazen by offering all customers with SQL Server Enterprise Edition version 2008 or later free access to Datazen's server software.

In March, Microsoft released the Power BI iPhone app and promised Android and Windows versions in the coming months, so it would make sense for them to utilize Datazen's personnel, who are experts in mobile BI, and integrate their already-successful mobile BI software into the upcoming Power BI apps for Android and Windows.

Overall, this move should help keep Microsoft at the forefront of the BI industry by helping it become more mobile and cloud-based. It will be interesting to see how Microsoft leverages Datazen's assets - software and personnel - to improve their Power BI product in the next year.

If you have any questions about business intelligence or are curious how BI technology can help your business succeed, contact me, Jon Thompson, at jon@bluemargin.com or (970) 214-1652.

Yesterday's rogue mid-April snowstorm reminded us that winter has not completely released its grip on Colorado. Maybe that's not all bad, since this seasonal beer from BBC is one of the bright spots in what can be a long, cold winter. Brewed with twice the malt of most other winter beers, this ale will snap you out of hibernation and make you happy to be alive. Here's to the the bright side of winter and the promise of spring!