Article summary: Can you avoid the top 3 data mistakes good leaders make? Read on to find out.

"The curtain goes up on this year's Mars missions with the orbit insertion of Mars Climate Orbiter."

It was September 1999 when Dr. Sam Thurman made that momentous announcement. As NASA’s flight operations manager for the Mars project, Thurman was understandably proud. Launched nine months earlier, his satellite baby was finally ready for prime time.

The Mars Climate Orbiter was the first in a $235 million space mission, and it had traveled over 416 million miles (669 million km) to reach its destination. All that was left now was for the satellite to settle comfortably into orbit around the red planet. From this day forward, it would track otherworldly weather patterns for scientists to study on Earth. At least that’s the way it was supposed to go.

A televised press conference was scheduled for 8:00 a.m. PDT on September 23, an opportunity for Dr. Thurman to report on the orbiter’s success. Except …

Just after 9:00 a.m. on September 23, 1999, the spacecraft strayed off course, dipped too close to the Martian atmosphere, and burned to ashes 400 million miles from home. Dr. Thurman’s grand vision was a complete loss, a failure of interstellar proportions.

Why did Dr. Thurman and his team fail?

It wasn’t for lack of expertise—NASA engineers are consistently among the finest minds in all the world. It wasn’t for lack of money—the Mars Climate Orbiter mission was fully-funded. Nor was it because of common leadership flaws like hubris or greed or recklessness or disloyalty. The problem was a failure of “truth”—that is, failure to create a team unified by the same data, playing from the same data playbook.

You see, computers on the Mars Climate Orbiter were programmed to understand metric system measurements (in this case, Newton-seconds). At the same time, engineers from Dr. Thurman’s team were sending navigational commands to the orbiter in English measurements (pound-seconds)—thereby guaranteeing it would fly off course. Because there was no single source of truth governing its journey, the satellite never stood a chance.

It’s tempting to judge Dr. Thurman harshly. Data-truth seems like such a simple concept! Yet, the fact is that his error is one that thousands of mid-market executives make every day. Business teams work from disparate data sources and conflicting origination dates, making faulty decisions and sending disastrous commands because not everyone has the current, core information needed to work together efficiently. Jon Thompson, founder of business intelligence company, Blue Margin Inc., calls this a “mash-up scenario.” He says:

You’re left mashing up your data from several sources into a single file. In this mash-up scenario, the painful cost comes when you want to add or change data sources, or change reporting platforms. Heck, even updating a source system to its latest version can break your reporting (which can be costly to fix).

Thompson recommends a Modern Data Warehouse as the solution, a central data store that organizes data from any and all sources, updates dynamically in real-time, and is accessible to everyone on the team regardless of department, division, or job function. This kind of warehouse provides a “single source of truth” from which to make proactive leadership decisions—even when confronted with massive amounts of data.

You can learn more in the white paper, Best Practices for Data Warehouse Architecture.

The story is told of twin brothers who lived on a farm in Missouri during the 1800s. One was irrepressibly optimistic, and the other a confirmed pessimist. For their birthday one year, their father decided to change their ways of thinking. While the pessimist was sleeping, he filled the boy’s room with toys and candy and all kinds of wonderful gifts. In the optimist’s room, he dumped a wheelbarrow full of manure.

Next morning he found the pessimist child surrounded by his fantastic new toys and games, weeping bitterly. “Look at this!” the youngster wailed. “Now I have to spend days reading instructions. I’ll be constantly buying new batteries for these toys. And it’ll take me hours to clean up after my friends come over to play. What a horrible birthday this is!”

The father then peeked into the room of the optimist, and found that son dancing joyfully around the big pile of manure in the middle of his floor. “Oh, Daddy!” the boy cried with glee. “This is the best birthday ever! With all this horse manure in my room, there must be a pony nearby!”

It’s easy to chuckle at this classic joke—until it starts happening in the boardrooms and executive offices of your own mid-market company. In psychological circles, it’s known as “confirmation bias.” Psychologist and behavioral economist, Dr. Shahram Heshmat, explains it this way, “When people would like a certain idea or concept to be true, they end up believing it to be true … Once we have formed a view, we embrace information that confirms that view while ignoring, or rejecting, information that casts doubt on it.” Put simply, “People are prone to believe what they want to believe.”

There’s no doubt that effective leadership must entail a certain amount of intuition and, occasionally, an unfounded confidence in unseen things. But when a corporation invests in a bias-driven approach over a data-driven enterprise, that’s a failure of leadership.

Dr. Heshmat warns that confirmation bias is “a form of self-deception” that “can be deceiving, numbing you from harsh reality or turning a blind eye to the tough matter of gathering evidence and thinking.” This can be catastrophic in a corporate setting. The solution he recommends is to “set your hypothesis and look for instances to prove that you are wrong.” In a data-driven business, this equates to:

The third mistake good leaders make in a mid-market company is simply one of change management. After creating the data systems to foster success, they assume that everyone else in the organization will immediately jump on board the data train and start using their powerful new tools without delay.

Forbes magazine estimates that an astounding 70% of organizational change efforts fail, and reports that one of the top reasons for that is “lack of user buy-in.” In his white paper, Dashboard Design to Ensure Adoption, Thompson tackles that potential breakdown head-on.

“Most BI fails to get adopted,” he says, “for the same reason no single mobile phone manufacturer has surpassed the iPhone in number of units sold. Although competitors offer similar functionality, their phones simply are not as user-friendly … The same phenomenon happens with [data] dashboards.”

Thompson insists that getting employees to buy-in to a data initiative begins BEFORE the reporting dashboard is built, at the point of original design. He says, “We’re consistently amazed at the number of sophisticated businesses who suffer with poorly-adopted reports and dashboards that were designed by intuition, rather than a structured process.” Additionally, he argues that change management must be part of the data solution:

Good leaders sometimes make mistakes, it’s true. But when you proactively utilize data-driven intelligence, then failures of truth, bias, and change management simply don’t have to appear on your resume—or your company’s bottom line.

1. “Teams work from disparate data sources and conflicting data origination dates, making faulty decisions because no one has the current, core information needed to work together efficiently.”

2. “When a corporation invests in a bias-driven approach over a data-driven enterprise, that’s a failure of leadership.”

3. “Getting company users to buy-in to a data initiative begins BEFORE the reporting dashboard is built, at the point of original design.”

Jon Thompson and Chris Piekarz. Do You Really Need a Data Warehouse?

“Story: The Pessimist and The Optimist.” https://www.turnbacktogod.com/story-the-pessimist-and-the-optimist/

“What Is Confirmation Bias?” https://www.psychologytoday.com/us/blog/science-choice/201504/what-is-confirmation-bias

“The Advantages Of Data-Driven Decision-Making.” https://online.hbs.edu/blog/post/data-driven-decision-making

Mike Nappa is the former publications director at Blue Margin Inc. He's also a bestselling and award-winning author with more than a million copies of his books sold worldwide. 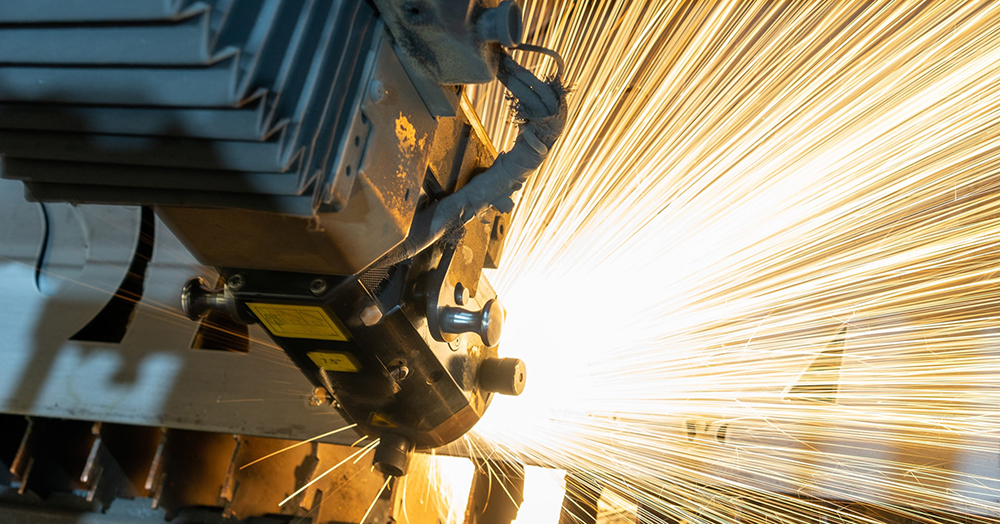