Article summary: Data helps your company compete to win. Those that understand how data wins championships (“The Mahomes Factor”) are nearly impossible to defeat.

And Myles Garret scored 25% better on the Wonderlic Test.

Bigger, faster, higher, better. That’s what nine NFL teams wanted in April 2017 when they drafted these four guys (plus five more) ahead of Patrick Mahomes. In fact, the young quarterback from Texas Tech might have fallen even further had not Andy Reid of the Kansas City Chiefs abruptly given away three draft picks to move up and take Mahomes at number 10.

Less than three years later, in February 2020, Coach Reid’s “gamble” had paid off big. Patrick Mahomes had become the NFL’s most exciting player, delivering to Kansas City its first championship in decades—and winning Super Bowl MVP honors in the process.

But for KC’s head coach, it wasn’t much of a gamble at all.

While other teams had been blinded by data distraction (hand size! jumping ability!), he was able to see root-cause metrics no one else could—and it gave his Chiefs an unmistakable edge.

What Is Data Distraction?

Visibility is the great power of data; it makes viewable key performance indicators (KPIs) that might otherwise go unseen. This kind of information, used to guide decision-making, can quickly propel an organization to the front of its industry. In short, purposeful data wins championships.

Data distraction, on the other hand, is the power of data mishandled—the assumption that all data regarding a certain subject is relevant data. This kind of information, when used for decision-making, leads most often to mistakes and indecision. In other words, data chaos is costly.

Jon Thompson, author of The Dashboard Effect, describes this data-distraction phenomenon as “drowning in a sea of spreadsheets.” He recalls: “One client, intent on using data to manage his business, asked for our feedback on the reports he’d developed. After a sixty-minute tour of his spreadsheets, we had little more insight into his company’s performance than when we started (and it became apparent he didn’t either). He was committed to collecting data and using it to improve his business, yet his methodology failed to deliver the visibility he desperately needed.”

This kind of problem proliferates easily in corporate America. As a company grows, new technological pieces and parts are implemented to track new goals and objectives. To avoid worker disruption, old systems are left in place, generating more and more reports on increasingly-obsolete data points that drift further and further away from current, more relevant performance metrics. Executives who must wade through this resulting “sea of spreadsheets” discover it’s easy to get lost.

So how did Andy Reid and the Kansas City Chiefs manage to avoid this pitfall on draft day? They knew how data wins championships—and let that guide their decisions.

Patrick Mahomes had smaller hands, yes, that’s true. But the QB’s smallish right hand also completed a stellar 65.7% of the passes it threw in his final year of college. As a runner, he was slower than some—but his feet were still quick enough to give time for him to throw an astonishing 41 touchdowns that year as well.

On draft day, Andy Reid and his staff didn’t waste time fretting over data distractions like hand size and jumping ability. They focused instead on root-cause analytics like completion rate and touchdowns, knowing those KPIs would quickly translate into victory on the football field.

And that’s how data wins championships: By helping leaders see and understand what really matters.

“One of the most effective models for problem-solving,” Thompson says, “centers on identifying root issues … reducing problems to a few foundational issues rather than a multitude of proximate issues.” That kind of laser-guided foresight in data visibility can become a new “Mahomes Factor” for any business striving to beat the competition in a competitive market.

Putting The Mahomes Factor To Work In Your Business

Everyone on the Kansas City Chiefs team contributed something to their 2020 Super Bowl victory—but the Mahomes Factor was undeniably the change-agent that propelled that NFL franchise past the barrier of always being “not quite good enough.” Data visibility based on root-cause analysis can add a similar kind of Mahomes Factor to your company as well. Jon Thompson offers a five-step process to help you get started:

There is, of course, more to Thompson’s process (found in The Dashboard Effect). But for now the question we each must ask is this: When the symbolic “draft day” comes for our company, will we be among the nine cursed by data distraction?

Or the one in 10 who see clearly the Mahomes Factor that leads to victory?

1. “Visibility is the great power of data; it makes viewable key performance indicators (KPIs) that might otherwise go unseen.”

2. “Data distraction … is the power of data mishandled—the assumption that all data regarding a certain subject is relevant data.”

3. “One of the most effective models for problem-solving centers on identifying root issues … reducing problems to a few foundational issues rather than a multitude of proximate issues.”

Mike Nappa is the former publications director at Blue Margin Inc. He's also a bestselling and award-winning author with more than a million copies of his books sold worldwide. 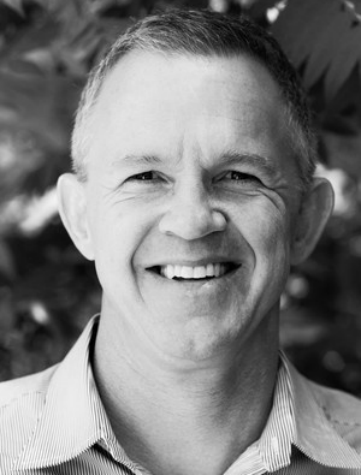