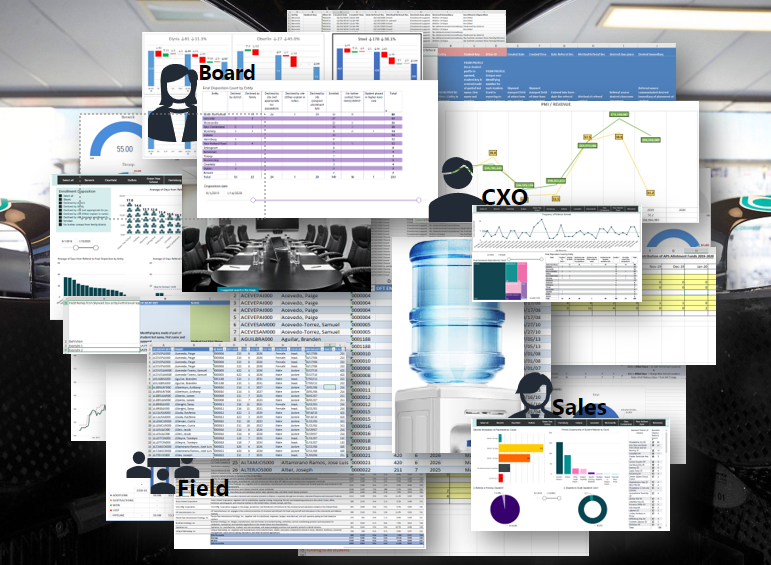 “Visibility is the most efficient way to create a healthy culture and to move a company forward.”

Blue Margin was invited by vcfo to lead a 1 credit hour continuing professional education (CPE) class certified through NASBA and the State of Texas. Jon Thompson presented on the subject of “Tactical BI for CFOs.” So that others might benefit, we condensed the webinar’s recording and provided it below, along with summary notes. (Please note: watching this recording will not qualify as a certified CPE course.)

Course Summary: Data visibility serves a critical role in scaling, creating value, and successfully managing a company. Learn how to get valuable insights from your data now, with minimal overhead. Running a mid-market company can be compared to driving an F1 racecar, but instead of having precise F1 steering wheel instrumentation (Figure A), business executives must often rely on a variety of spreadsheets, monthly reports, email updates, and ad-hoc meetings to manage their company (Figure B). What if the executive had the clear visibility of an F1 driver?

It would change everything.

Getting better visibility into business is not as labor intensive as you may think, but before starting any project, it's important to clearly define the goal. Better visibility alone will not have the impact leaders need. In order for data visibility to drive change, leaders should start by identifying the top three value drivers (i.e. inbound leads, revenue per deal, employee utilization, etc.) that are most critical to the organization’s success in the next 12 months as well as the individuals/roles responsible for each of them. These metrics should be manageable and predictive of the outcomes to be tracked against.

Jon tells the story of how Blue Margin started (Min 8:34).

After selling a dot-com Y2K startup to a private equity firm and spending a huge percentage of management time tracking down details to report to the board, Jon and his brother Brick began a new startup in 2011, Blue Margin. At the beginning, they focused on helping companies employ Cloud productivity tools. But as the brothers shared their instance of SharePoint which featured the charts and graphs they had developed to monitor their own company performance, many clients requested that same visibility for their business. They realized they had landed on the root cause of almost all organizational problems - poor data visibility.

Thus, the mission of Blue Margin as a business intelligence company was born – to rid the business world of poor data visibility. Brick and Jon discuss the critical role of visibility for the PE-backed executive on a recent podcast episode: Data Visibility and the PE-Backed Executive.

With poor visibility, employees from across the company are pulling from a collection of databases and spreadsheets to see what’s going on in the company.

This lack of central narrative causes:

Without accountability, leaders fall to the illusion that they must alone hold the company together and force growth. It’s a recipe for disaster. Jill Belconis, strategic business coach and former YPO International Chairman, recently spoke on this subject on Blue Margin's Expert Insight Series: Jill Belconis on Scaling with Clarity and (Data) Alignment.

When CoolSys moved away from an Excel spreadsheet and leveraged dashboards to operate their complex organization they increased operating margins by 4-5%. Regions and functions were held accountable to key metrics and it contributed to a 52% reduction in employee turnover. (CoolSys Case Study)

Elgin Fasteners had been relying on a workbook with multiple data sources that was generated once per month, so their ability to react was limited. BI had the greatest impact in their manufacturing operations. Their technician efficiency and utilization report allows supervisors to pinpoint inefficiencies, points of constraint, and opportunities for employee training increasing production an estimated 10%. (Elgin Case Study)

According to NewVantage Partners, 91.7% of organizations are increasing data investment, but only 19.3% have established a data culture. Why does that gap exist?

Understanding (and avoiding) the following three pitfalls can help leaders create a data-driven culture where most fail.

How to Get Quick Wins

BI initiatives are not like ERP implementations, and thus they shouldn’t be structured with a lengthy, expensive waterfall strategy. Follow this three-step process, instead. 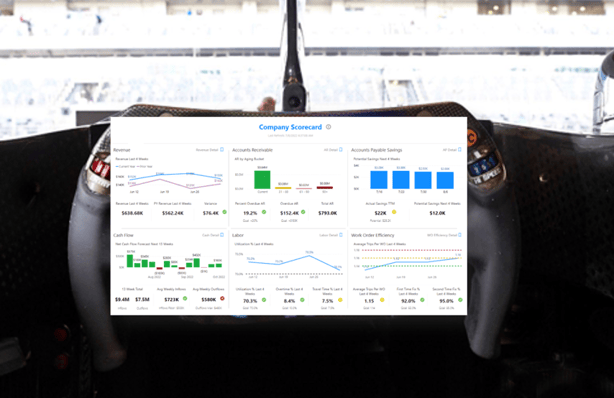 If you'd like to explore how Blue Margin's team can help you use data visibility to drive growth and team accountability, contact us below! 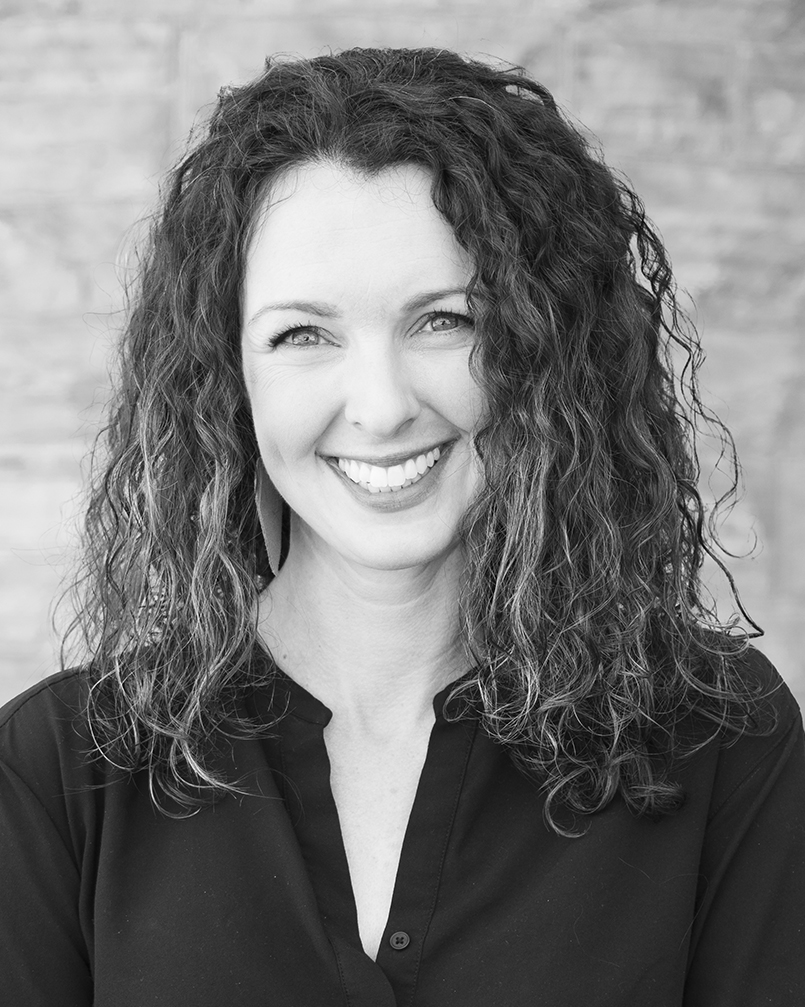 Suzanne Rains is a communications specialist at Blue Margin Inc. With a MA in Human Resources and BAs in Marketing and Management, Suzanne unites an understanding of human nature and a keen interest in industry research to author thought leadership articles for today’s business leaders. 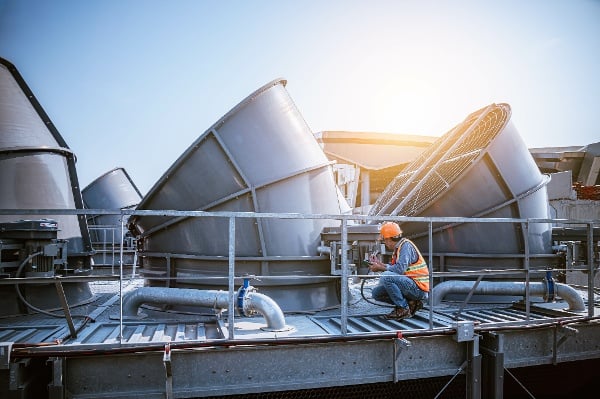 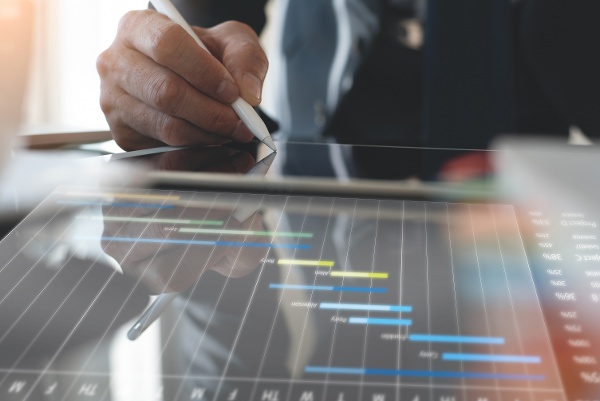