Microsoft recently made a big announcement for the world of self-service business intelligence: Ahead of the imminent launch of the newest version of Power BI, Microsoft is offering a free functional preview of the BI app to anyone in the US with a business email address. They also significantly reduced the price of the paid version of Power BI by 75%, bringing it down to $9.99 per user per month.

Microsoft seems to really be pulling out all the stops to get their business intelligence platform in front of prospective clients.  They're aggressively trying to show business owners what they are missing out on if they have not experienced the new Power BI, which they believe "will fundamentally transform the 'business of business intelligence."

So what exactly about Power BI is going to transform the world of business intelligence?

When it was released last February, Power 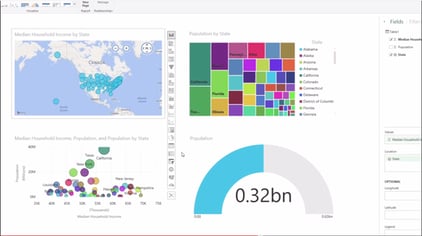 BI was designed to do three main things. First, it connected business owners to a diverse range of live data sources, both inside and outside their organization. Second, it displayed that data in an easy-access way (i.e., SharePoint online) so that business owners could share insights to the entire organization, promoting better accountability and decision-making.  And third, it works in the familiar Excel environment, making it more accessible to the average business owner without requiring a degree in statistics. Plus, its Software as a Service (SaaS) pricing model meant that businesses of all sizes could afford BI technology previously reserved for large enterprises.

The new version of Power BI, available for free preview until its mid 2015 release date, expands on the same themes: Connectivity and Affordable Performance. While the interface and visualizations seem to be relatively unchanged, the new Power BI can connect to more sources of data out-of-the-box, many of which businesses use on a day-to-day basis. GitHub, Marketo, Microsoft Dynamics CRM, Salesforce, SendGrid and Zendesk are a few of the connectable data sources on the new Power BI, and several more are promised in the coming months, including Inkling Markets, Intuit, Microsoft Dynamics Marketing, Sage, Sumo Logic, Visual Studio Application Insights, Visual Studio Online.  It should be noted that Power BI can connect to virtually any source with a little work. 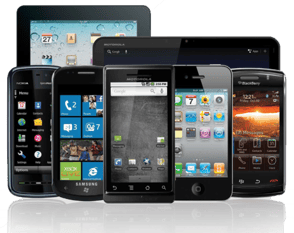 On the free preview, Microsoft has also introduced a feature called Power BI Designer, which allows business owners and analysts to more easily connect to, model, visually analyze, and share their data and findings with any Power BI user.  Also, the developers at Microsoft also just released Power BI for iPad, available for free in the Apple App Store, and they have promised similar app releases for Windows, Android, and iPhone in the coming months.

Microsoft has sweetened the deal by lowering the price of Power BI across the board. Many new users who haven't tried Power BI will most likely be enticed by the chance to try the new version out for free, and we're guessing no current Power BI users will complain about the 75% price cut down to $9.99/month for the full paid version of the app, offering increased capacity and features which Microsoft is calling Power BI Pro.

Looking at the name, Sawtooth Ale Nitro might seem like a bit of an oxymoron. Nitros are supposed to be the smoothest of the smooth, the Miles Davis of beers, one might say. And sawtooth sharks are, well, I think you get the picture. But let me tell you, this apparent fermented juxtaposition is anything but contradictory to the tastebuds. Once you get a taste, you will know the true meaning of sweet irony.