After a $41M loss that led to a devastating decrease in stock value in Q4 of 2015, Tableau is struggling to regain its footing.  Despite some favorable YoY sales numbers in Q3 of 2016, Tableau continues to battle its falling stock price, losing another 13% of its value.  Last year, the company pointed to several factors that caused its drop, mentioning in particular the pressure of competitors like Microsoft’s Power BI.  This year, their culprits are long sales cycles and a soft EMEA market. 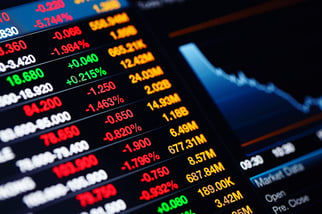 Despite its troubles, Tableau has been the market leader in so-called self-serve business intelligence for years (and arguably still is).  But its success is the root of its current undoing.  Because Tableau established such a strong demand for its brand of services, companies like Salesforce (rumored to have considered an acquisition of Tableau earlier this year), Google, and Microsoft have followed in its footsteps, and in some cases, have taken new ground.

Power BI for example, in the most recent benchmark reports by Gartner and Forrester, has jumped ahead of Tableau in most categories (e.g., “Current Offering”, “Strategy”, and “Completeness of Vision”).  And having built Power BI on the backs of long-established data workhorses, namely Excel and SQL, Microsoft has been able to undercut Tableau’s pricing by as much as an order of magnitude, offering it’s professional license at just $10/seat/month.

This is an exciting time for the business intelligence industry.  New players are joining en masse, technologies are advancing at warp speed, and data analytics is considered the top technology priority among most businesses (per Gartner).  We have seemingly entered the “Data Age” (my phrase; I coined it!), with the amount of data we produce doubling roughly every 2 years, and the tools for making use of that data increasingly accessible.

Even with Tableau’s recent falter, the market is expanding, and will likely accommodate several leading competitors for years to come.