First, let’s consider the preeminent responsibility in running a business: defining the goals of the business, then identifying the key performance indicators that measure performance.  Countless companies fail to carefully define their business goals, then fail to weave empirical measures into the fabric of their business, often leaving their leaders and staff without clear direction.

But in developing goals and key performance indicators, or KPI’s, it can be easy to miss the mark. 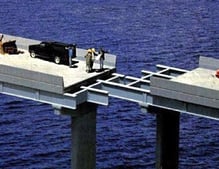 That is to say, measurements that don’t “hit the nerve,” that don’t cause an emotive response to performance, won’t be effective for driving decisions and motivation.  And simply making KPI’s look good with colored graphics won’t do the trick.  The proverbial “CRM dashboard” with a myriad of charts and graphs that leave the viewer feeling flat is a case in point.

The most common mistake is to have too many indicators.  The thinking is, “While we’re tackling this goal-setting project, let’s get all we can.”  But too many charts and graphs result in a watered-down effect and fail to drive progress.  Another characteristic of the invisible enterprise is a failure to define KPI’s within business units, or equally as ineffective, a failure to roll up daily goals to high-level company goals.  Ignoring the latter can create factions and isolated initiatives.  Without a connection to the higher objective, employees may have difficulty attaching importance or value to their day-to-day work.

As a result, time and resources are wasted or inefficiently deployed, and hard-won “progress” does not effectively advance the overall business.  In other words, the invisible enterprise fails to form straight paths for its people, and much wandering can be the result.

Blue Margin helps companies define and measure their highest-value goals to drive better performance. It's simpler than you may think, and the tools are more accessible and affordable than ever. give us a call at (800) 865-6530 for a free cloud-savings assessment, or visit us online at Bluemargin.com.